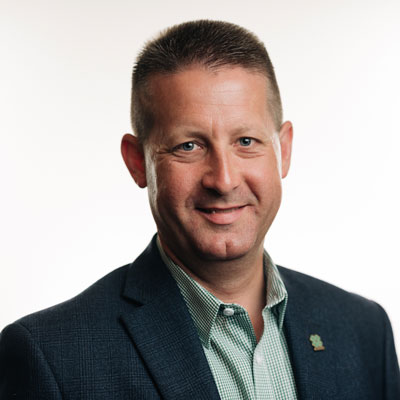 David Hovell, began his career in agriculture as a founding partner of Planters Equipment Limited; a John Deere farm and commercial equipment dealership in Kentville, NS. The business grew to include locations in Middleton and Halifax and was recognized as the largest tractor volume dealership in Canada. From its humble beginnings, the company is now known as Green Diamond Equipment.

Later, with a keen interest in marketing and public relations, David created his own public relations consultancy firm which led to his next post as Director of the Nova Scotia Government Caucus serving Premiers Hamm and MacDonald.  In 2011, David took on a challenge blending his experiences from both the business and not-for-profit sectors as the first Executive Director of the Wolfville Business Development Corporation.

Currently, he operates North America’s only winery tourism destination experience aboard a traditional British double decker bus in the wine regions of the Annapolis Valley and Niagara. He has a keen interest advancing the wine industry and pursuing agri-tourism opportunities which showcase Nova Scotia’s finest.

David holds a Bachelor of Business Administration degree from Acadia University and resides with his daughter, Taylor, in Port Williams, NS.