Forage PEI hosted the scene for a Guinness World Record- Setting attempt to create the longest charcuterie board in history. The attempt took place at 2pm on Friday, Oct 19 as part of the 1st Annual Forage Food Symposium in Canada’s Food Island.

Just over three hundred Symposium attendees from across Canada including chefs, farmers, artisan food producers, and brewers participated in the attempt, which was orchestrated by Forage PEI. The attempt was part of a 6-hour interactive feast hosted by Chef Michael Smith and his fire brigade at The Inn at Bay Fortune.

Major contributors to the board included the Inn at Bay Fortune, The Culinary Institute of Canada, Ontario’s renowned Seed to Sausage and Glasgow Glen Farm. In keeping with the theme of sharing food stories, attendees were also asked to contribute something to the charcuterie board attempt that reflected a story or local flavours from their home.

The Board was 52 ft 3.25 inches and included over a hundred various ingredients including a variety of cured meats, cheeses, preserves and condiments. Organizers followed regulations set out by the Guinness World Record organization in an attempt to establish a brand new record; currently there is no standing record for the longest charcuterie board. In order to prove the board was one continuous slab it had to be lifted one foot off the table, which required careful coordination and the participation of many. The lift was a success.

Results of the attempt have been sent to the Guinness officials to determine if they meet the organization’s criteria – a verdict is pending. 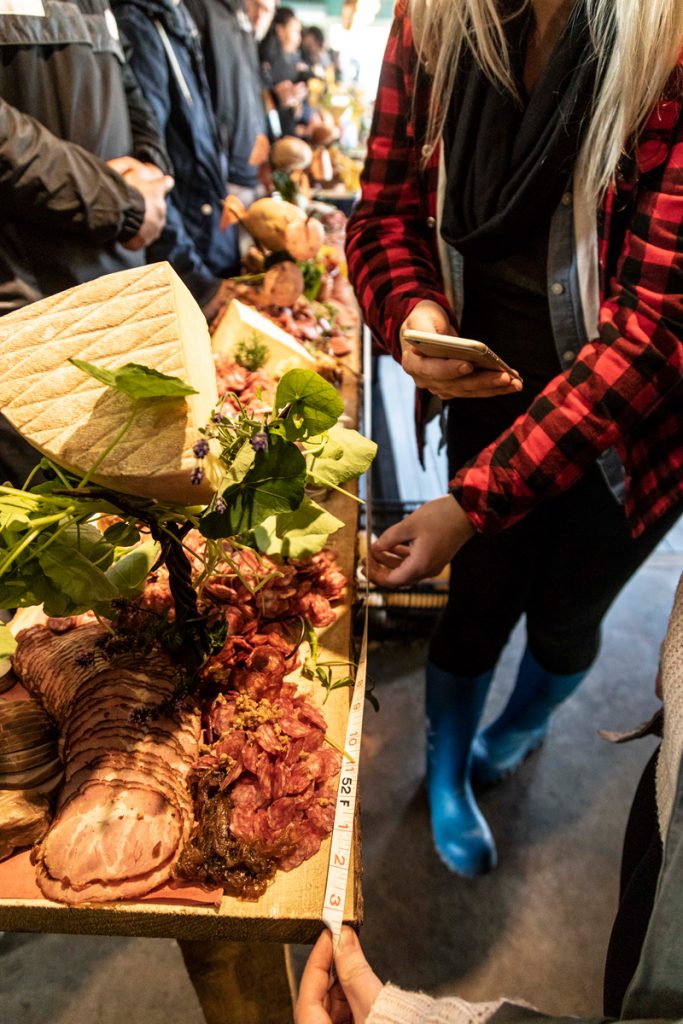 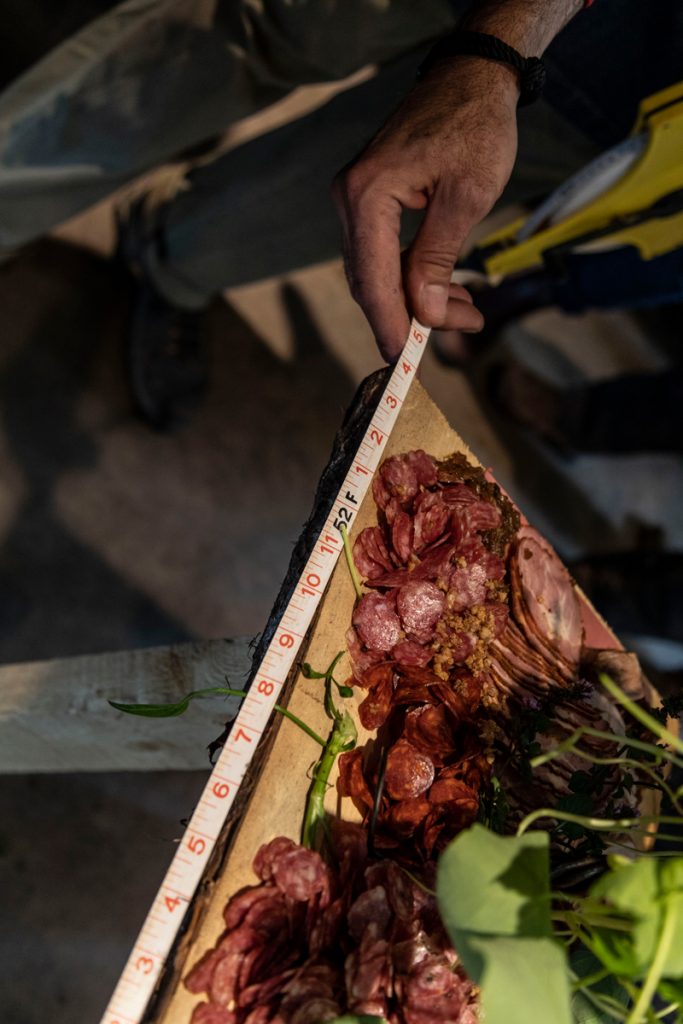 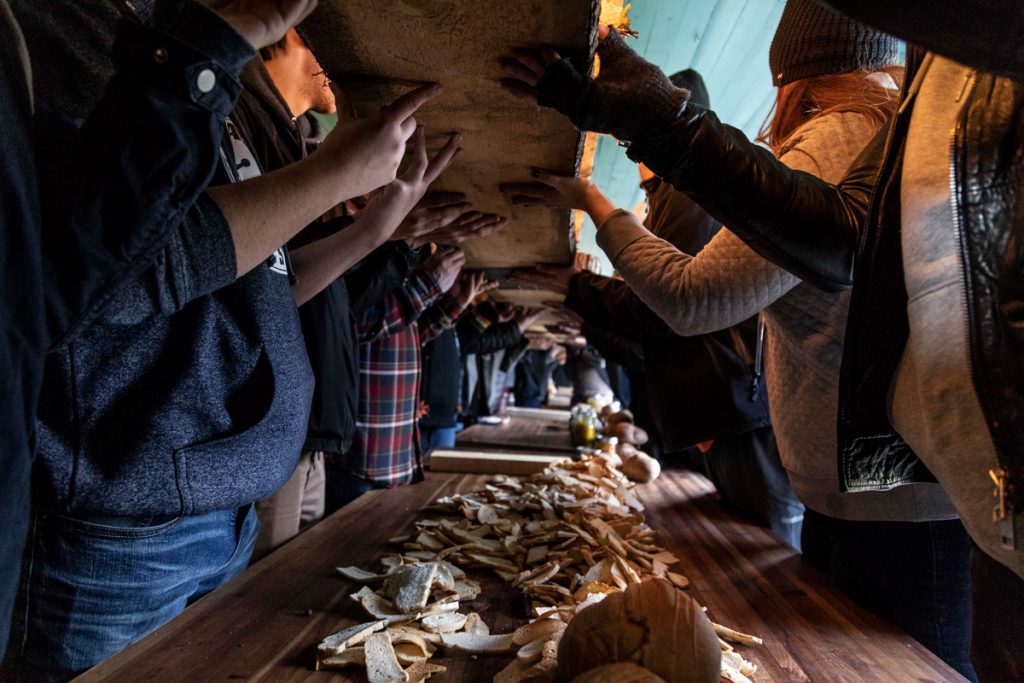 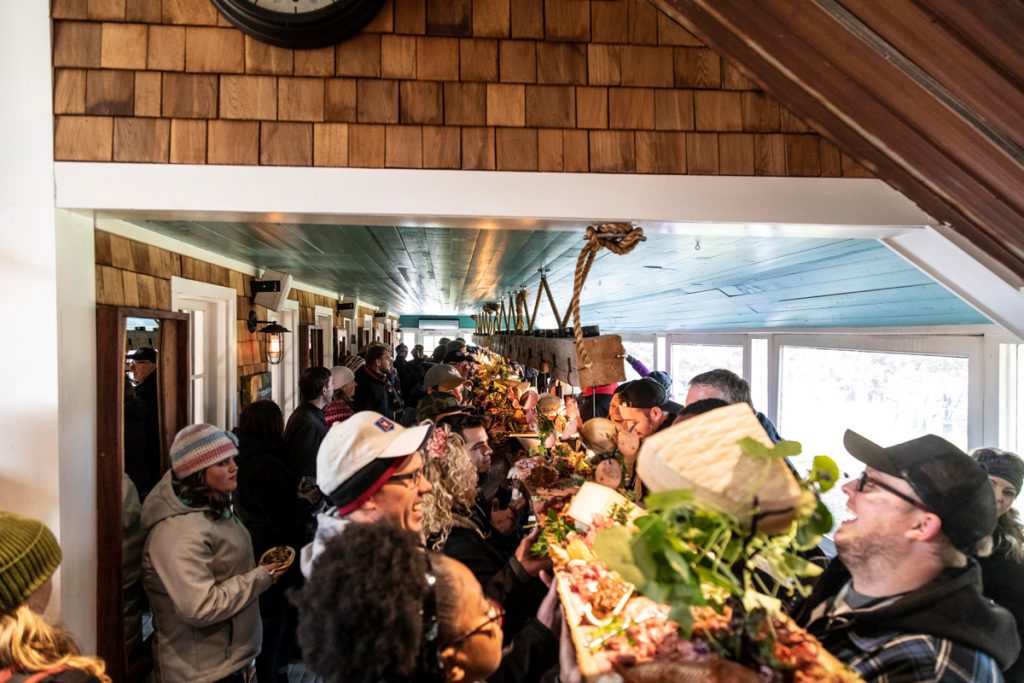 The Forage Food Symposium has been made possible through the funding support of ACOA, and the Government of Prince Edward Island, as well as several industry sponsors including the Inn at Bay Fortune, the Culinary Institute of Canada, Versatile Management Group and TechnoMedia.